The Swiss Railway’s First Class Lounges in Zurich and Geneva are closing at the end of 2016 due to low usage.

The lounges, which together cost three million francs a year to run, opened in 2009 in Zurich and 2014 in Geneva mainly as a service for first-class travellers on international services who may have to wait between connections.

Only five percent of them actually made use of the lounges.

What’s more, only one percent of Swiss holders of a first-class annual train pass  (GA) spent time there.

As a result, SBB will close both lounges by the end of 2016 and has quashed plans to open more in other rail stations in the country.

My Thoughts On First Class Lounges 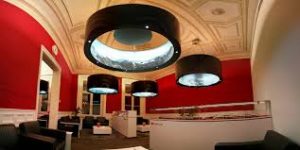 I believe this is a retrograde step for passengers making international journeys as these people generally turn up at the station earlier as they have limited alternatives if they miss their train! Unlike Swiss domestic passengers who have lots of alternative options.

The fact they are underused is as a result of lack of promotion of the lounges as only those who know they exist know – as you are not advised on your tickets or in the booking process that the lounges exist.

If First Class travel is to be made an attractive alternative to flying the provision of First Class Lounges is a key component of the overall customer experience.

The neighbouring countries of Germany and Austria operate First Class Lounges and a seamless First Class Service between those countries and Switzerland is being compromised.

If international rail travel is to attract high revenue First Class travel as an alternative to air travel, then I believe that the provision of Lounges is an important part of the product offer.