Amtrak Acela First Class Dining has been updated with a new menu. The food is similar to the offering on their long distance trains. 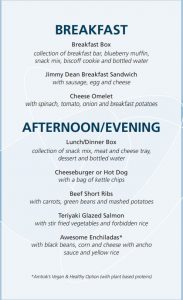 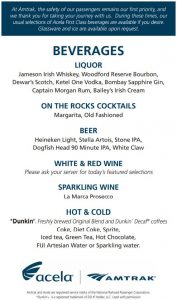 The Acela services run along the North East Corridor between Boston and Washington DC via New York and Philadelphia. 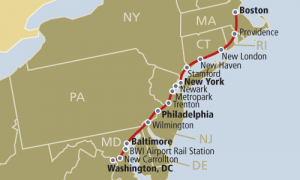