Tricks to Save Money on Amtrak!

Splitting between coaches and sleepers

One way to get around the high prices on longer journeys is to travel in a different class for part of the trip.  Generally, the second night of a two-night trip is cheaper. So travel the first night, especially if a late departure in a seat then upgrade to a roomette for the second night.

Travelling Chicago to Seattle on the Empire Builder example costs $1074, buying a Chicago-Glacier Park, Montana, roomette on July 2 would cost $874 but the second night between Glacier Park and Seattle is priced at $495.

Other route segments with lesser demand where this strategy works well are the California Zephyr west of Grand Junction, Colorado, and the Texas Eagle-Sunset Limited through cars that operate between Chicago and Los Angeles.

When booking a split-accommodation trip, it’s best to use an Amtrak reservation agent at (800) 872-7245 (USA-RAIL) so that the passenger only pays a through rail fare, which is always lower than if booking two separate segments online.

Amtrak Guest Rewards members can also try this technique for part of the trip, depending on the number of available points and whether it makes sense to “earn” or “burn” them. 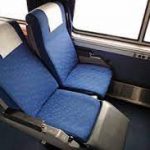 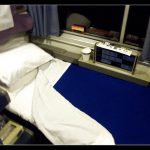 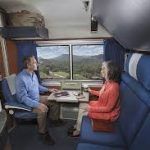 Amtrak also unveils occasional limited time-only discounts, such as a recent “companion rides free in a roomette” sale. A recent sale Amtrak offered a non-refundable “50% off or maximum $50 fare” available on any train in coach or Acela Business Class for travel between June 2 and Nov. 13, 2021.

The fare applies to each train’s one-way segment, as long as the segment currently has fares available in the lowest “bucket,” or price range. So, depending on the date, a coach ticket from New York to Los Angeles on the Lake Shore Limited and Southwest Chief or the Crescent and Sunset Limited was only $100!

Lake Shore Limited:On certain routes, Amtrak uses different train numbers for the same train because the equipment might diverge to different destinations. These are:

When heavily booked conditions occur, sellouts might take place in coach or sleeping car accommodations at different points along the route. So a train may appear to be sold out for a longer trip when it has inventory all the way through on two different train numbers. So booking multiple sections will open the train up.

Obtaining a through ticket will likely again involve calling an Amtrak agent, who might be able to put together a fare between the two “trains” that works.