1994 saw a revolution in train travel in Europe with the opening of the Channel Tunnel and the introduction of direct Eurostar trains linking London and Ashford, in Kent, with Calais, Lille, Brussels, Paris and Marne la Vallée (Disneyland Paris).

In 2007 the next stage in the evolution of European train travel saw Eurostar move to its new home of St Pancras International and the opening of the first dedicated high speed line in the UK – HS1, with trains reaching 186 mph / 300 kph. The opening of Ebbsfleet International, just off the M25, marked the completion of the UK side of Eurostar.

Further enhancements to the Eurostar network see through trains between the UK and Lyon, Avignon and Marseilles. Winter ski resorts are served with direct Eurostar’s to Aime La Plagne, Moutiers and Bourg St Maurice.

Recognising that Eurostar is not simply an A to B transport option but opens up travel throughout Europe with seamless connections in Lille and Brussels to France, Belgium, Luxembourg, The Netherlands and Germany. Onward connections are a simple change of train in Lyon for Switzerland and Spain, and in Marseilles for the Cote D’Azur and Italy.

Eurotunnel operates the car carrying trains between the UK and France, from Folkestone to Le Coquelles (Calais).

There are 3 types of Eurostar Trains in service: 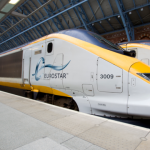 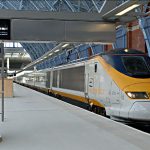 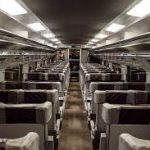 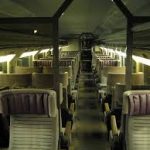 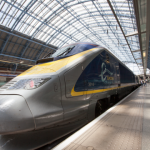 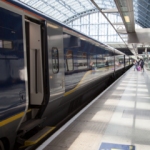 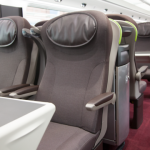 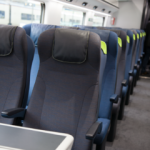 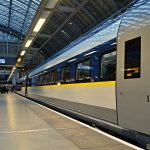 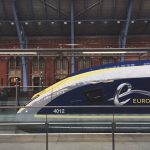 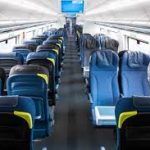 Most Eurostar trains offer three classes of service – but trains to Lyon, Avignon, Marseille and the EuroDisney resort as well as seasonal services from London to the French Alps have just two classes: standard and standard premier. There is airline-style check-in with passport control and security screening of your luggage at the Eurostar terminal at your station of departure. You need to label your luggage and arrive well before departure time. Every Eurostar train has two on-board cafés.

Food and On Board Service

How to book Eurostar