After spending a pleasant evening in Birmingham, staying at the Hyatt Regency- with a great deal for staying on a Sunday, I needed to travel back to London on the Monday. I had flexibility enabling me to shop around for the best deal.

There are 3 train companies operating between Birmingham and London: 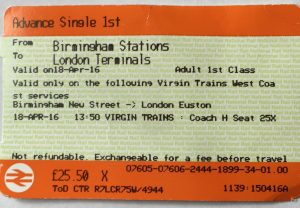 I had not visited the new brighter New Street station so decided to forgo Chiltern, despite them having the cheapest fare at £5.50 one way with a journey of 2 hours. The choice from New Street was London Midland taking 2 hours and 15 minutes for £6 in Standard Class or £16 First Class – which I think is actually OK on London Midland. I chose to travel Virgin as I wanted to try their First Class Lounge at New Street with a fare of £25.50 one way in First Class, Standard would have been £8.

New Street station had a reputation of being a dingy unwelcoming place but the £750 million scheme has transformed it into a place you actually want to be rather than escape from…. there are lots of food and drink outlets as well as a John Lewis! 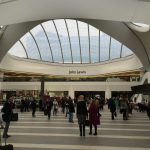 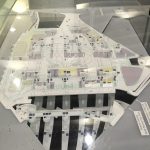 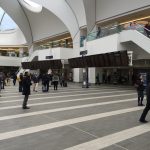 As I was travelling in First Class I arrived earlier than I needed to as I wanted to sample the Virgin Trains First Class Lounge.  The lounge is located by the “Blue Lounge” and you have to pass through the ticket barriers to access it. 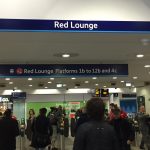 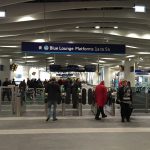 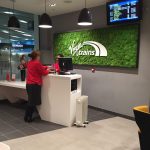 Entering the lounge, you have to show your ticket to the receptionist to gain entry. The lounge is bright and airy and was quiet, this was 13.00 on a Monday. There is free Wi-Fi and a small selection of snacks, including biscuits and pretzels plus a variety of soft drinks, mineral water, teas and coffees, all complimentary. Departure screens are scattered around the lounge so you can keep an eye out for your train, there are no announcements. 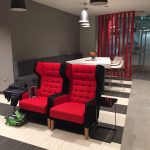 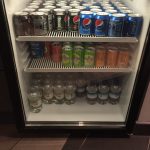 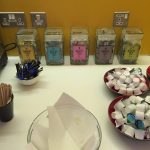 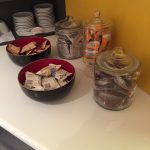 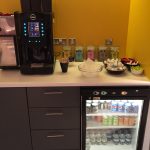 The train was displayed for boarding 15 minutes before departure and I wandered down to find my seat, as I was on a First Class Advance ticket a seat reservation is included in the price. First Class was very quiet and I chose to move from table for 2 to a table for 4 to give me room to spread out, the electronic displays show if seats are reserved or available. Newspapers were available, the FT and Times – but you had to know where they were “hidden” as the staff did not offer them. 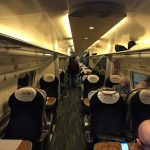 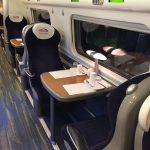 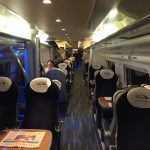 I helped myself to a bottle of sparkling water from the fridge in service area in the middle of the carriage – I find the provision of water here very hit and miss. On departure the service began with tea and coffee being offered. After Coventry the trolley came through offering soft and alcoholic drinks with pretzels. This was followed by the food service of light snacks; I went for the pastrami sandwich which was remarkably tasty and a banana. Finally, a further round of tea and coffee. 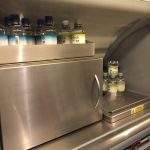 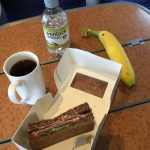 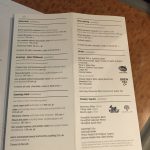 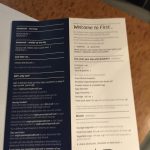 After my snack and having read the FT I got down to some work using the free wifi, which on Virgin West Coast is still patchy but was adequate for my needs on this trip.

The journey itself is quite pleasant but nothing out of the ordinary as you pass through England’s green and pleasant landscape. Look out for the canals which appear at various points.

Arrival into Euston was 5 minutes late due to an earlier fault on the line but I was in no hurry so was happy to arrive relaxed and refreshed.

Would I recommend Virgin West Coast First Class? Yes, but only at the discounted prices as their full fare First Class tickets are exorbitant IMHO. What do I get for your fare of £25.50; access to the First Class Lounge, reserved seat in a carriage that has 2 plus 1 seating so feels less crowded, tea and coffee served at seat together with a snack, newspapers and free wifi.

Train 8 of 8 Prague to Bolton in a day..... later than planned due to original train being cancelled 😜