The backbone of the Russian Railway passenger fleet are the Platskartny carriages, officially 3rd class. These carriages are home to some 54 berths and are available on the majority of long distance trains, including Train 1/2 Rossia between Moscow and Vladivostok!

The ticket in 3rd class cost €45.55, which I though was expensive, for 2nd class the fare was €85 – which would have been a berth in a 4 berth compartment. Buying the ticket was very easy at the International Ticket Office in Vilnius Station, the staff spoke English, and there was no problem getting a reservation on the train leaving a couple of hours later. I was offered a choice of where to sit via a paper diagram – I chose one of the berths that is parallel i.e. you either face or have your back to direction of travel. The other option is to be perpendicular to direction of travel, which the majority of the berths are.

Within in Vilnius Station there is a separate Lithuanian immigration and customs area set aside for trains to Russia and Belarus. Russian citizens travelling on the trains between Kaliningrad and Russia have to have a special transit document as this “domestic” train passes through the European Union i.e. Lithuania in this case. There is a Duty Free shop on the platform. 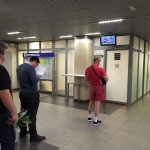 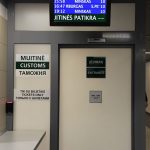 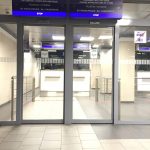 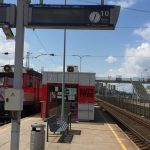 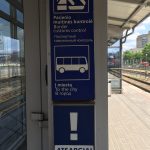 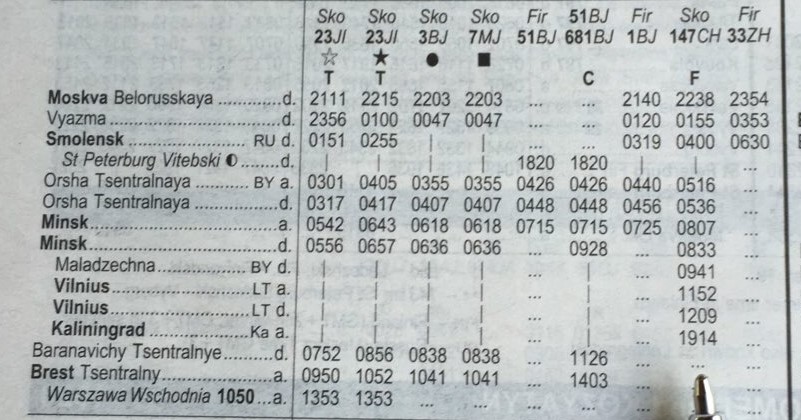 The train I was booked on, No. 147, was a Moscow to Kaliningrad train which had left Moscow the previous evening at 22.38. Meaning that the majority of the passengers had been on the train for at least 14 hours travelling overnight, so my expectations for the carriage were somewhat apprehensive…. 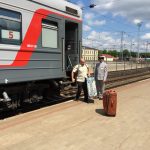 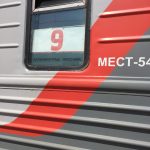 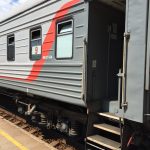 A steep climb aboard 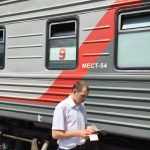 The train arrived on time and I made my way to carriage 9 to be greeted by the Provodnik, carriage attendant, who inspected my ticket and pointed me in the direction of my berth. I was pleasantly surprised on boarding as the atmosphere was perfectly fine, I had expected smelly toilets and the odour of people having slept overnight with no shower in the heat. There are two toilets per carriage, one at each end, which the Provodnik is tasked to keep clean – they were both spotless, if a little dated.

The carriage itself was probably about 3/4 full but luckily no one was sat at my place, there was one person in the 4 berths opposite me so it was a comfortable position to be in. 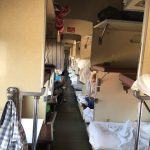 View from my seat 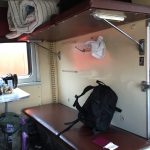 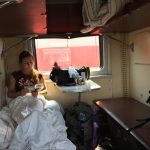 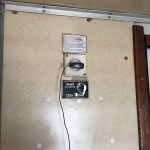 When Russians travel by long distance train they dress casually, in fact most people change into “travel” wear once on board. The trains are generally quite warm so even in the depths of winter passengers will be in shorts and t-shirts.

I’m not sure if people had not slept well the previous night as many were fast asleep! 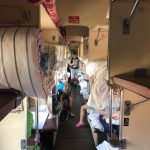 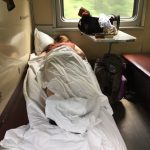 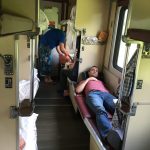 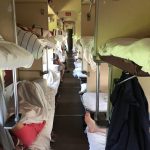 The train had a restaurant car, click here for full menu, which I did not use as I had had lunch in Vilnius and was not expecting one. 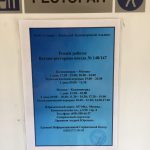 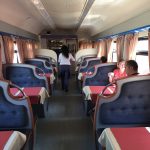 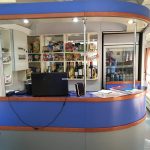 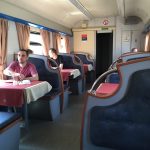 The carriage attendants, Provodniks / Provodnitsas, also had drinks (hot and cold), snacks and pot noodles for sale – which can be filled with hot water from the samovar. 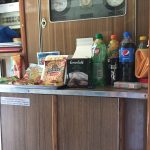 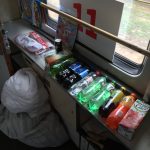 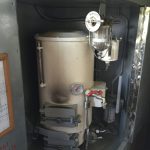 The border crossing between Lithuania was quite lengthy! Firstly on the Lithuanian side of the border exit formalities were done by the Lithuanians. The train then crept along for a few miles and then stopped on the Russian side where a full inspection of all passengers and their bags was undertaken – I travel on a British Passport and the immigration people were interested / intrigued why I was on the train, at one point there were 5 of them all attempting to speak English and I trying to understand Russian, oh the fun! It was all perfectly amicable and they wished me a good trip.

Arrival to Kaliningrad was spot on time and I was ready to find my hotel and explore…. 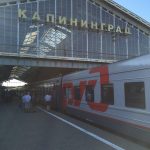 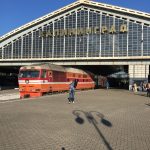 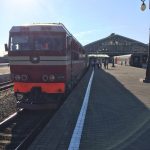 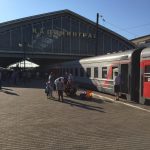