Munich to Innsbruck for €9 with free scenery! 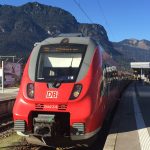 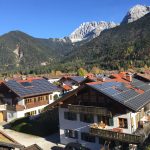 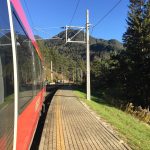 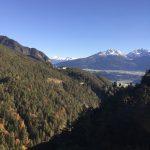 There are two ways to travel between Munich and Innsbruck. Firstly the well trodden tracks of the international InterCity trains via Rosenheim / Kufstein – a pleasant enough journey taking just under 2 hours. Secondly the scenic route “over the top” via Garmisch-Partenkirchen / Mittenwald taking just under 3 hours, along the Mittenwaldbahn which is also know as the Karwendelbahn (named after the Karwendal mountain range).

Most journey planners will route you on the faster trains but this is definately a journey that slow travel is the order of the day! Running every two hours trains leave both Innsbruck and Munich towards Garmisch-Partenkirchen. The journey starts / ends with a spectacular ascent / descent along the Inn Valley to / from Innsbruck.

Travelling from Innsbruck sit on the left hand side of the train and when travelling south sit on the right for the best views, espcially between Garmisch and Innsbruck. 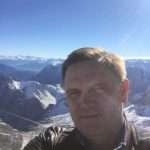 Look out for Germany’s highest mountain Zugspitz from Garmisch, or take a detour and travel on the ZugspitzBahn up to an altitude of 2588 metres.

OFFER WITHDRAWN**Between Munich and Innsbruck & vv. fares start at just €9 one way if booked in advance** OFFER WITHDRAWN and if travelling with children are even better value as 4 children up to the age of 15 travel free of charge with each adult.