A short break in Edinburgh with my parents with the aim of visiting the Royal Yacht Britannia saw me needing a hotel. As I was arriving by train the Mercure Edinburgh City Princes Street Hotel fitted the bill, together with a promotional rate of £40 for the room!

The hotel is 3 minutes’ walk from Edinburgh Waverly Station on Princess St which is perfect for a train based visit. To be honest this is the only positive I have to say about the hotel….. oh, apart for the view my room, but not my parents room.

I had booked 2 standard rooms for £40 per room and added breakfast on for £11 per person, though actually only charged £10 for the breakfast.

Check in takes place on the 1st floor and you enter the hotel on the ground floor and take a lift or stairs to the 1st floor – not a great welcome to the hotel. The receptionist was friendly enough but the check-in process was somewhat chaotic / complicated and took around 10 minutes. I was upgraded to a Classic Room with a view of Edinburgh Castle, due to my Le Club Membership (Accor’s Loyalty Programme) and my parents has Classic Room at the rear of the hotel with no views – I did offer to swap rooms with my parents(honestly!). The bathrooms, with a bath tub and shower over the tub, were the same in both rooms and in need of refurbishing. 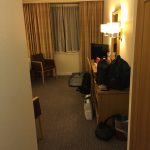 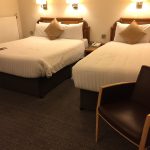 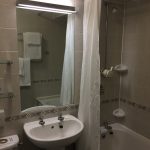 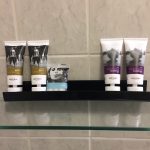 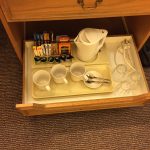 My room was slightly better in terms of its decor, and the view of course, and had a robe and slippers and extra toiletries. I’m not sure of this was actually a Privilege Room as there was a Nespresso Machine, but no capsules. I was confused as to the room type and that pretty much sums the hotel up! 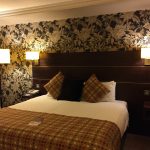 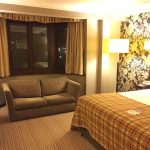 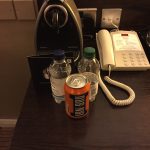 The rooms do not have air conditioning but fans are provided but they were not needed as the weather was cool. I shudder to think what it would be like in hot weather as if you open the windows there is lots of street noise.

We had drinks in the bar which is part of the restaurant and it stank of fish, uncomfortably so. The bar man was friendly and explained the drinks we could have with the drinks vouchers we were given on checking in; pint of beer, large glass of wine, soft drink, tea or coffee. The red wine was quite nice and they had four beers on tap.

The view from my room in the evening was lovely and I think the highlight of the stay! 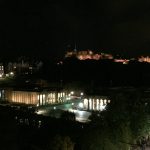 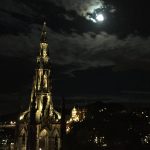 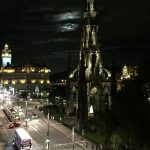 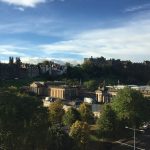 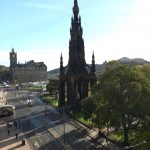 Breakfast was interrupted by the fire alarm going off and we had to evacuate the hotel, after about 20 minutes we were allowed back in and continued breakfast, which I found underwhelming. They ran out of orange juice and the buffet was not replenished as frequent as it needed to be.

Check out was difficult as we wanted one of the rooms to be later check out, which is a perk of Le Club, but I had to demand it rather than it be graciously offered.

Would I stay at the hotel again? NO. Would I recommend the hotel? MAYBE if you can get a cheap rate.

Join me and David Feng chat about all things China High Speed Rail.As one reviewer says:"This is skillfully done. Woven around talk about trains in China are fascinating snippets about Chinese life, geography, commuting patterns and forthcoming developments like the Winter Olympics."www.andybtravels.com/en-route-blog/china-high-speed-rail-podcast ... See MoreSee Less

China High Speed Rail is the most extensive network in the world and is continually expanding, we chat about trains and life in China.
View on Facebook
· Share